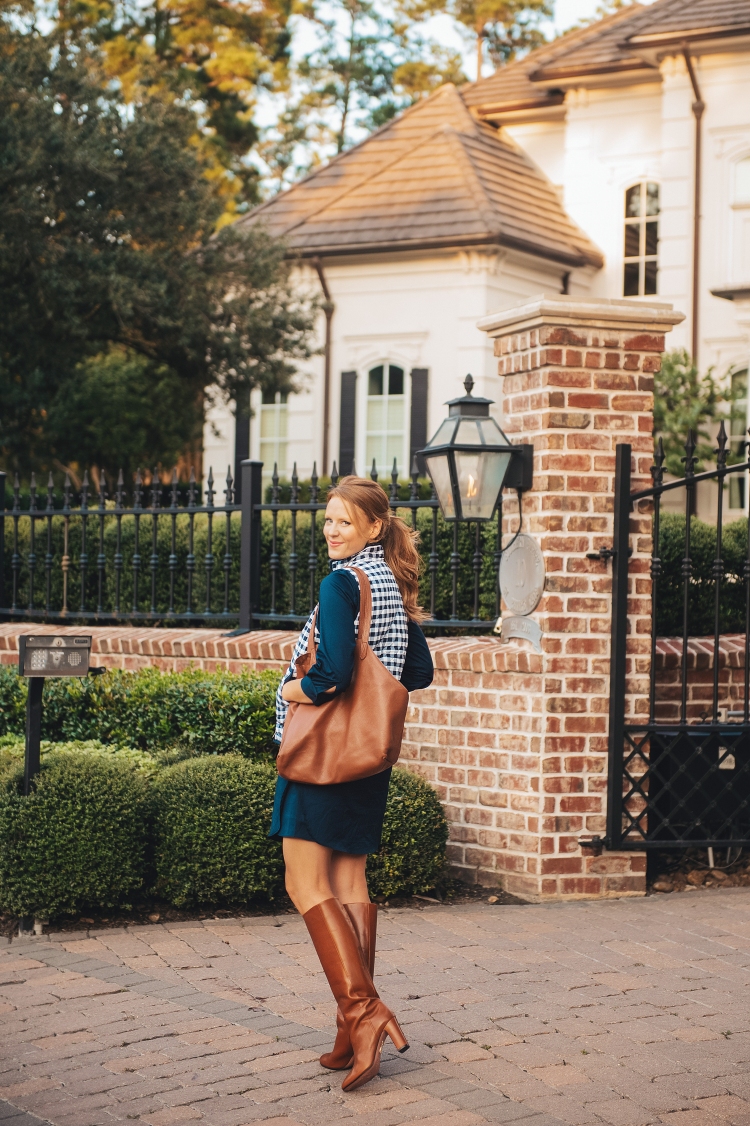 A great vest can be mixed and matched all season and I plan on pairing this vest with jeans and sneakers while running around with the kids this fall.

With Halloween approaching, we are trying to all decide what we will be for Halloween.  Ty is set on being Lightning McQueen and with Tessa it’s a daily toss up between Rapunzel and Elsa.  The deal with Ty is that he loves loves loves cars and last year he wanted to be a blue sedan.  Yup, no blue sedan costumes lying around so I actually built him one out of cardboard boxes, paint, and old paper towel rolls.  It took me a long time, but I wanted him realize his dream of being a blue sedan!  lol Anyways, it came together…okay… but it poured on Halloween here that year and it was heavy so he wore it for a pic and maybe 5 min of Trick-or-Treating.  SO, luckily, I found a lightning McQueen wearable car on amazon!  I am so glad it was easier this year.  He will rock it with pride.

As for me and Ben, I don’t usually dress up, but I’ve been known to throw on one of my photography prop pedi skirts and throw my hair in a bun and be a “ballerina.” I think Ben will be an impatient Astros fan waiting to get back home to watch the playoffs….. Happy Fall Everyone!